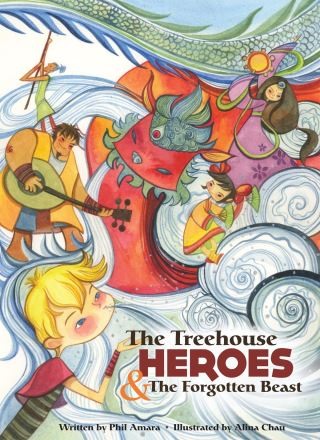 and the Forgotten Beast

Phil Amara:
Phil Amara: Phil Amara was an editor at Kitchen Sink Press and Dark Horse Comics, and writer of the The Nevermen comic book series and the book So, You Wanna Be A Comic Book Artist?: How To Break Into Comics! The Ultimate Guide For Kids. Currently he is a elementary school teacher in Massachusetts.

Alina Chau: Alina Chau received her Master of Fine Arts in Animation from UCLA, School of Theater, Film and Television in 2001. She has helped produce animation and gaming titles Ben 10, Silent Hill, Gears of War, The Incredible Hulk, God of War, Medal of Honor, Sypro, and Star Wars: The Clone Wars. See her art at alinanimation.blogspot.com.